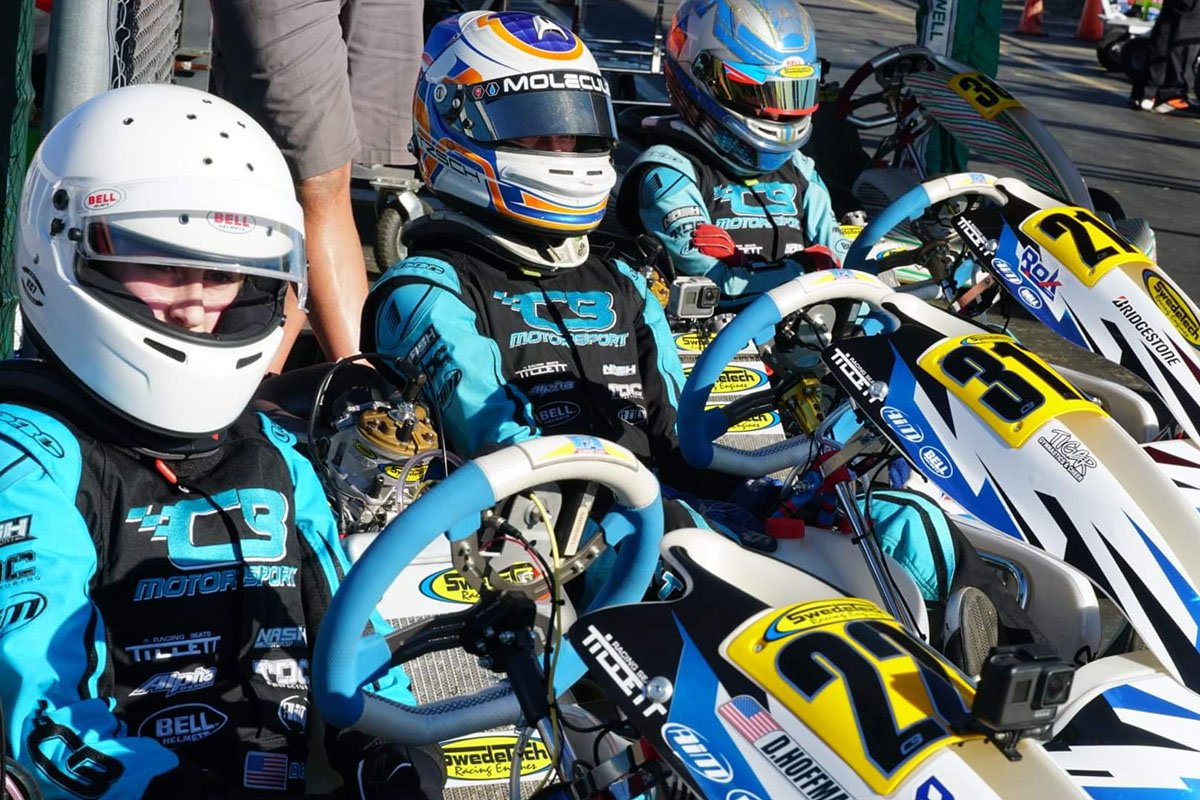 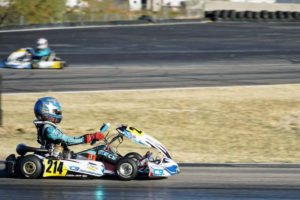 It was the opening event weekend for the 2020 Challenge of the Americas as Christian Bird Motorsports brought a small but mighty three driver lineup to the Musselman Honda Circuit in Tucson, Arizona. Closing the weekend with two podium results and four top-five finishes, the Grand Junction Motor Speedway based program will now shift their focus to the second event weekend of the series in just over three weeks’ time.

“Great start to our year,” explained Christian Bird. “Liam Letszch made his ROK Senior debut and scored a pair of podium results while Macy Williams worked herself into a two top-five finishes in ROK Junior. This is a good momentum builder as we head into the remainder of the season, and we are looking forward to continuing the success.”

After qualifying sixth on Saturday, Letszch maintained his row three starting spot after finishing sixth in the prefinal. Working hard to increase the speed in his FA Kart, the senior rookie did just that for the main event and put the Christian Bird Motorsports branded machine on the second step of the podium. Sunday saw an improved effort in both qualifying and the prefinal with fifth place finishes. Back to the podium in the main event, Letzsch leveled up to third and solidified his position in the championship points battle.

Two female drivers would do battle in the ROK Junior field as Macy Williams claimed the best results of the pair. Improving from start to finish on both event days, Williams turned her seventh place qualifying effort on Saturday into a fifth place finish in the final. Sunday saw the FA Kart driver improve from sixth in qualifying to narrowly miss the podium, coming home fourth in the day’s main event.

Showing speed leading up to official wheel-to-wheel competition, Deanna Hoffman had zero racing luck once the green flag flew. Qualifying just outside the top-ten on both Saturday and Sunday, Hoffman ran into trouble and will look to rebound during the second event of 2020.

Bird continued, “Macy drove great and really showed that she has what it takes to be a top-five driver at this level. Unfortunately, Deanna ran into some trouble, but I think she would have been well up the running order if she had not. As a team, we will be aiming even higher during round two.”